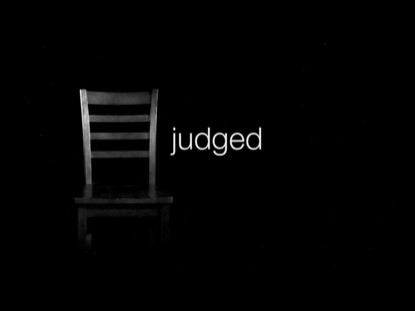 I laughed at an old man because he used to rest on the road side after walking for a minute, not knowing that, that person injured his knees in war while defending my country.
I laughed at an old lady for asking for the right direction due to her weak eyesight, not knowing that this lady had spend years crying for her one and only lost child.
I liked a person blindly because he acted so pious in front of everyone, not knowing that this person was nothing but a hypocrite who acted just to please people and not God.
I made fun of a 5 years old kid who was playing football with other boys of his age, bare footed, not knowing this, that his family was so poor that they had to struggle to eat one time food.
I hated a friend because last night she didn’t take my side in an argument, not knowing that she acted justly and saw that I was wrong and as a result supported my opponent.
I acted sarcastically towards a girl who used to sit under the tree and watch other (rich) girls play with toys, not knowing this that her father could only earn enough to clothe and feed her.
I humiliated a friend in-front of all for always denying to join us in every hangout, not knowing that he had to earn for his family all day.
I jeered at an adult for riding a bicycle at a time when even a teenager would have a bike/car, not knowing that this person had the desire but not the money.

We Have seen and experienced a lot of these Hates, Likes, Fun-makings, laughter’s and Humiliations. We have in a way or the other performed these acts or have either been a victim of these. So now what do you think? Is prejudice something right or something totally and entirely wrong?

Most of the times we are in such a hurry and excitement that before forming an opinion about something or someone we don’t give our mind a chance to THINK about what we want to think about that particular thing or person, and what happens later when we find out we were quick to judge and that we were wrong? We will regret it. But is it enough? Is it enough to cure the deep wounds you created in that person’s heart and feeling? The answer is NO. No matter what you do?. Your act might be forgiven but they will never be forgotten. I guess you know the saying ” Forgive but never forget “. Those people will do this to you and you’ll always have an evil and a negative face in their fantasies and realities.

So it is a question now. Do you want to judge somebody before knowing the facts and the truths about them? Do you want to form opinions, good or bad about them before the right time to do so comes? The answer is. If you’re wise enough you’ll not and if you are the same person before reading this article then yes you will!!! And what will you bring for yourself later on? Regrets, regrets and regrets. You would want to apologize but you will hardly have the courage to beg for a person’s forgiveness whom yesterday you embarrassed in public.

So why put your own self in such a trouble which will be very tough to get out of? Why judge somebody wrongly just because you are too excited to form an opinion?

It’s not only you or me or someone specific. It’s a disease that has engulfed nearly every  single individual.

It is just a matter of intelligence. Be smart and never fall for the trap of prejudice. Because by doing so, you not only hurt someone else’s feelings but you’ll also ruin your own image in front of them  and ultimately bring for your own self deep sorrows and regrets.!