The Irony, “Taliban negotiating with Taliban.” 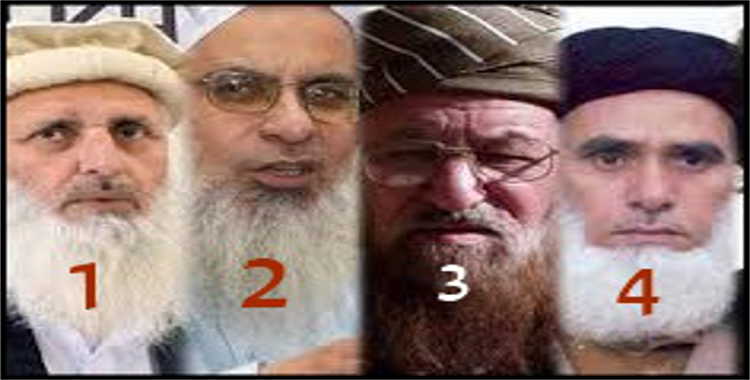 TTP, Tahreek-e-Taliban Pakistan, an outlawed and banned terrorist organization that has claimed the lives of about 80,000+ Pakistanis, both civilians and armed forces, belonging from all the tribes, faiths and sects. That neither accept the constitution of Pakistan nor its armed forces. Who even oppose the presence and establishment of Pakistan by calling it’s founder, Quaid-e-Azam Muhammad Ali Jinnah a traitor (Kafir). Who aims to impose their so called “Islamic Sharia” which has nothing to do with the religion Islam. It’s more affiliated with the laws of Saudi Arabian sheikhs.
Some of which include.
Every men ought of have a long beard, otherwise he can’t be called a Muslim.
Women shouldn’t leave the premises of their house alone and shouldn’t be allowed to vote or drive.
And a lot of that bullshit.

Despite being aware about their aims, their actions, and their nonsense ideology the national assembly at APC (All parties conference) held a few months ago, decided to negotiate with them. It was the decision of parliament and I respect it so far the negotiations are done in a sensible way.
But it isn’t. It is rather the opposite. It is an insult to Pakistan Army, Govt. and People.

And again despite all these horrible happenings, Govt. maintained their decision of negotiations with TTP rather than crushing them, which was more reasonable. Among all parties PTI, JI, and JUIF are their biggest fans. Even an educated person like Imran Khan doesn’t seem to care for the innocent Pakistanis killed barbarically by TTP. Govt. seems so helpless in front these cowards who fear from polio medicine, considering it a threat to their faith. Doesn’t seem like we are a country with nuclear power with one of the best army and intelligence in the world. Pakistan is the pillar of the Muslim nations, being the only Muslim country with nuclear power. We are more than capable of crushing TTP.
But I don’t understand why Govt. is acting so helpless in front of these cowards? Rather than crushing TTP, Govt. is allowing them choose the terms of negotiations.
It’s just like a terrorist organization giving orders to a nation with nuclear power. And that’s totally absurd. The absurdity has reached to a level that TTP has sent names to the Govt. saying these are the people we are willing to negotiate with. And guess what, Saudi puppet Govt. accepted this humiliation too.

And the irony, in fact the height of irony, that the people who have been chosen are no different than Taliban themselves. These are the people who consider Bin Laden as their Hero. All four of them belong to pro-Taliban parties, i.e. JI, JUI-S, and JUI-F. These parties have almost no representation in the parliament.

Payam-e-Shohada conference was held at Alamdar Road Quetta today, in which both Shia and Sunni leaders addressed the a huge crowd. Both Men and Women had attended this conference in large number despite heavy rain and cold weather. The aim of this conference was to reject and protest against these negotiations.

There are fair chances of country wide protests, if these false negotiations were carried on and this would be a kind of protest which could over throw the Govt.