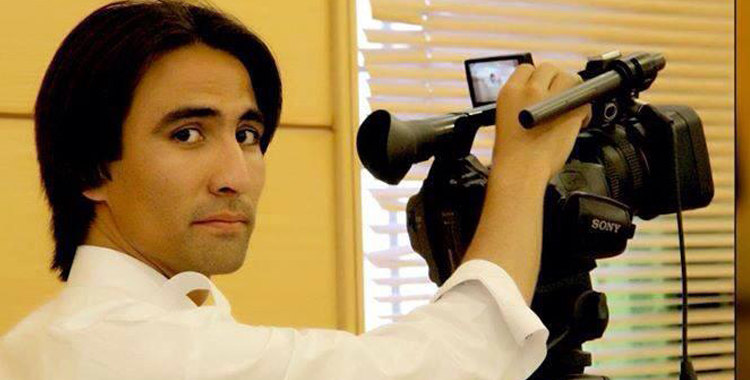 The most magnificent sacrifice in my lifetime that I have offered is of a flower who blossomed in the most barren of Lands , Basit Ali, a man who dedicated his life for the well being of others was one of my colleagues, a friend and a Bestie. We had known each other as members of activism for the voice of the voice-less Shia community portal. As per my remembrance, it was almost a decade ago when I met Basit.

He always stood to yell aloud for the oppressed may that be of any form, through Social or Electronic Media, Blogs, Interviews, making of Documentaries, Videos and especially his Photographs circled around the globe, this is how we inter-linked with each other to help grow our common cause.

Shaheed Basit Ali was not just like any other activist out there, he spoke to the world about his people and for his people ofcourse but he was more then just an activist, his Photos had their own voice which was always heard throughout the globe.

The Article is Divided in Two Parts with one describing Basit Ali’s Life and the Other about how he sacrificed his life for the people of Pakistan.

read more about the initial report Basit’s Shahadat of 21st Jan Here
and the Protests that followed later here.

He believed the world was a canvas which needed to be painted green and that the ones who used the colour of blood to define it was against humanity itself, so to fight back, fighting fire with fire was not an option. His provocative creations were enough to disarm or extinguish the fire & even grow new leaves on the tree of life itself. This all might sound bookish to you but needless to say those who know or knew him, know that he always stood against oppression by all means possible and that didn’t mean he’d fight with bullets, leaving even more body counts. He fought oppression with the power of his pen, his camera & his intellect. 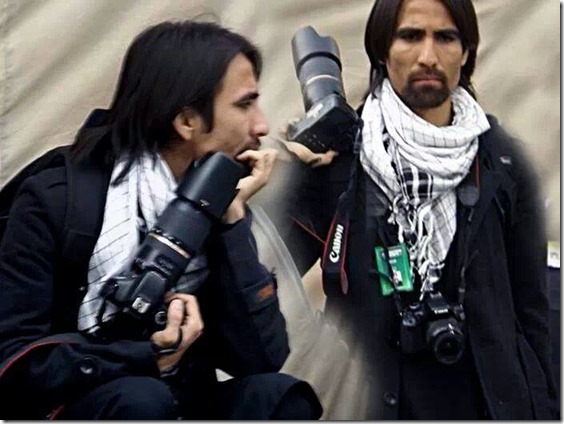 Basit believed God to be the only savoir for which he worked day and night to keep people connected to The Beneficent and Magnificent Creator who created us all. He believed it to be the only way of salvation and that the banned terror organization’s main goal was to mismarge the name of the religion to be directly connected to terrorism, where in reality it was completely different from it.

“A Soul in search of light for the world”

Now that’s not bookish or Poetic when I say this, he really was a symbol of hope for the people, his personality was chilled and full of grace, manner along with lots of fun, sarcasm with his friends was his thing, making others happy a life mission. He had the art of cheering up the most dimmest of souls. A responsible son and a hard worker along with the best of friend for everyone he knew.

The creative differences he had with others was his gear for struggling to become the best, a local Photographer and a Freelancer who always worked for free when it came down to activism, but he trained others as well as he worked with other photographers and highly respected them, one of whom was M. Ali Musa who loved Basit like a Son.

His teachers were few but students many, his cheer for life and laughter was what memorized us all. 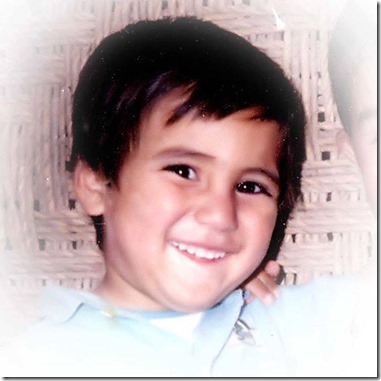 Naughty as a Child, an Experienced worker at age and a Cheerful soul from Light,

this was the life Shaheed Basit Ali Lived and which others adored.

The love for his Country was boundless, he travelled a lot but always adored his country, his older brother had taken asylum in Australia but Basit never liked the idea of leaving his parents behind, moreover he never liked the idea of leaving his country, for a man who’d travelled a lot this was major in a city like Quetta, where belonging to the ethnic and sectarian minority of the Shitte Hazara community is a crime punishable by death.

When he saw that the people of the Shia Hazara community were losing their sense of patriotism upon constant murders, selective genocide and no justice system ,he  along with others in scarce resources made a Documentary named “The Proud Pakistani Hazaras” dedicated to the sacrifices the Hazara People had given in the Making of Pakistan which hugely impacted and helped the community. 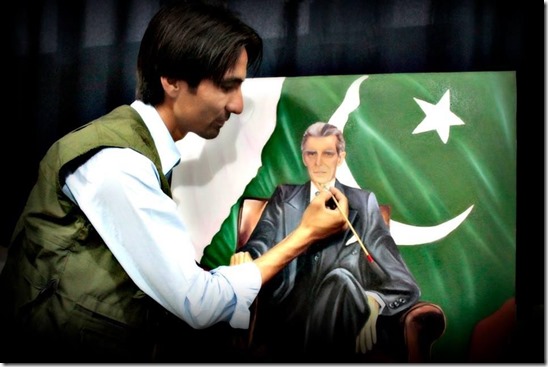 “Our Identity as Proud Pakistanis”

The only Goal he had was to the raise voice of the voice less by any means possible and to strengthen the people living in the community with his work which I can safely say his whole life revolved around. Trying to make this a reality was his life’s work which he eventually died for on 21st of January 2014. There’s so much that could be said about him but a short report as asked by the Blog can never summarize him well. Basit Had a local Production house Named “Icon Productions” whose sole purpose was to bring a sense of belong to the community as Pakistanis for the Nation and for Harmonizing the two Major Sects of Islam as pure Muslims and nothing less. The Production which had just started did a wonderful job in creating Short Films dedicted to Shia Sunni Unity, which went Viral Across Pakistan.

Last year after the 10 January Bombings on Alamdar Road of Quetta which left more than a Hundred Dead, Basit was a prominent face in Social Media who did everything he could to spread the Protest’s (Dharna’s) Voice around the globe at a time when the Electronic Media of Pakistan weren’t giving any coverage to families at the sit-in. It’s the bitter truth that a man who last year was solely dedicated to spreading the voice of the community, who sat by their dead ones in usher cold was now in a coffin lying with 28 others and the whole community. 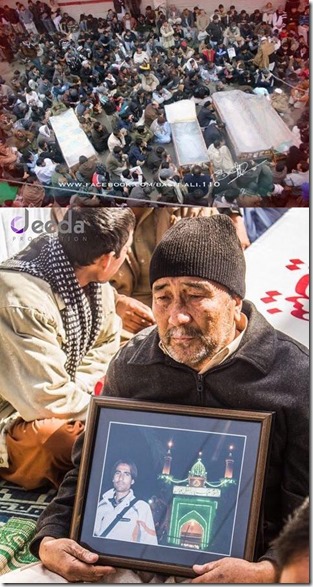 A Sensible Friend, a Funny one I might add, A responsible Journalist and a Public Figure, these are just a few qualities summarized here. Basit was highly respected by the community for his work in journalism and his graceful attitude to help everyone at a time of need. His sudden Departure from the world left everyone in awe. Eyes Saddened and draped with mumbled names only screeched Basit in the echos. His Efforts were what made his name highlight in different Platforms from Pakistan to France & Australia. News Channels did reports on him and many writers paid their tribute to the constant workings of a soul dedicated to Humanity.

Different Personalities talked about Basit’s life and his mission on the Protests that lasted 3 days while Facebook and twitter bursted with cries of the ones who lost Basit Ali. 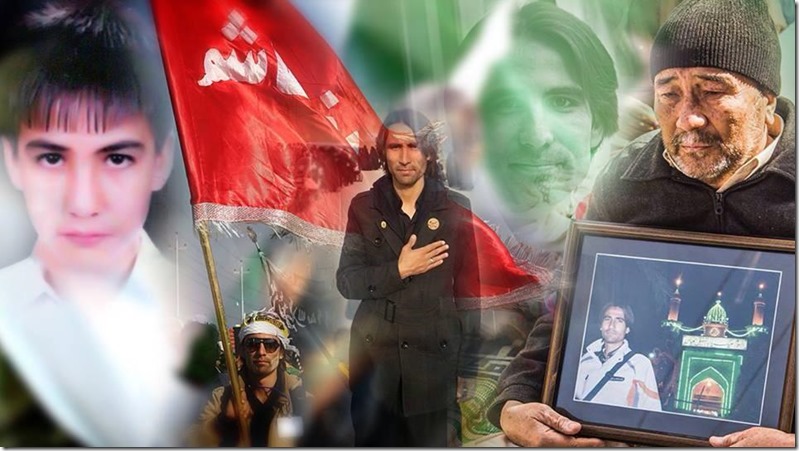 “A life Entrusted to God.”

Here are only some of the Tweets and a facebook video on the Internet Dedicated to Basit Ali.

Basit Ali the Man who started Shia journalism in #Quetta is today a Victim of #ShiaGenocide
Your Voice will be Heard! pic.twitter.com/vHd4yLsVaW

We made documentaries about shohada of Quetta with you Basit brother….!
Who will make them for you now?? #shiagenocide
Basit Jan

not afraid of the end, as symbolized in this picture. Ended like this for Basit and Khudi Ali – #ShiaGenocide pic.twitter.com/ptNA85JqQb

The one on left Aqeel Raza was killed in University Bus of Buitems Attack,his friend Basit Ali was killed yesterday
. pic.twitter.com/QgVA7B29OV

"This nation honors after someone's demise." Basit Ali, one of the Mastoong blast victims, wrote on his FB TL. pic.twitter.com/TGuddZ24il

How long has it been since I last cried? I'm crying now, looking thru Mrtyr Basit Ali's profile.https://t.co/kDGc2ZbQV1#ShiaGenocide

The terrorists load their guns and kill innocent people & I load my camera to show the reality – Shaheed Basit Ali pic.twitter.com/fmQaIwgujg