EXPLOITATION WITH AN ISLAMIC FACE IS DESTROYING US 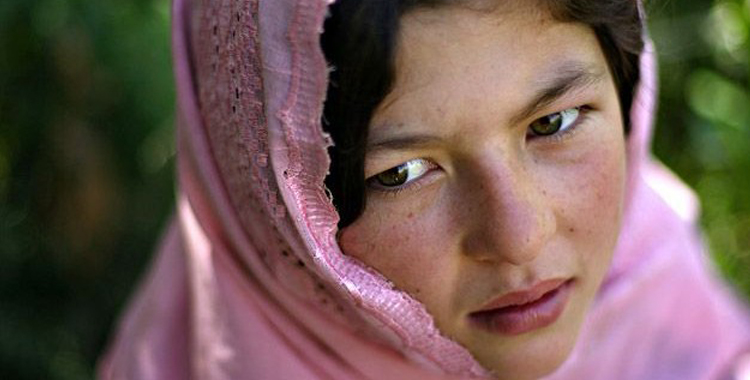 The war against terrorism gives the impression of a never-ending war; This prolonged, impending dilemma it seems, will inevitably stall any positive progress and will further promote dire long-term consequences on a regional basis.

Regionally, since the inception of Pakistan the impression of imminent danger prevails for the ‘Project Pakistan’ runners, posing additional risk from the north east and north western sides of the border. For instance, Pakistan’s apprehension concerning the extensive border line, stretching from Chitral to Chaman City of Balochistan Province, being claimed by Afghan authorities. The predicament is not over yet as ‘deep strategic play’ regarding regionality, remains fully active and thriving, thus counteracting the nationalistic cry.

Internally, in retrospect, Khan Abdul Ghafar Khan was among those first to vow allegiance by taking oath with patriotic principles toward Pakistan. Nonetheless, his ‘ Khudai Khidmatgars’ were brutally killed; apparently on the orders of the then CM of the former NWFP ( Khyber Pakhtunkhwa). The plight was the same with Balochs and Sindhis. Seemingly, neither Jinnah as a Governor-General nor Liaqat Ali Khan as a prime minister heard any of the voices of the Country’s Provinces. In other words, Pakistan came into being for those only hailing from elite classes. At the other side of the country, Nehru, since the beginning, and up until 17 years after Independence, stressed the need for democratic steps and tried to convince people that the key solution to the world’s problems was to be found in socialism.

And today, we witness clear evidence as India claims the title of: ‘Largest democratic country of the world’ in almost all strides. Besides that, India has amicable relations with the USA, Russia, and Israel, yet our policies made us solely dependent on the USA, not entirely as a result of their initiation, but mainly by the then rulers of our own country. We are cutting our fingers by ourselves! Why? The concept that: “Islam is in Danger” had nothing to do with the double standards we pursued. Sending the so-called Jihadis to Afghanistan without registration of names has caused an environment of uncertainty.

Now those very guns have turned toward Pakistan. The reason being that some wings were left with strange posture and some figures are sent under-ground and in-active. It should also be remembered that this state of affairs has brought colossal and collateral damages to the Country including the loss of more than 40 thousand lives of citizens, more than 5 thousands army personell, officials and politicians and furthermore caused in excess of 5 billion dollars of damage to infastructure. Therefore, is it fair to say that the war is being pushed onto Pakistan by the USA? Is it in fact our own fault, in light of the elements concerning the cold war? Since 9/11, everything has changed, yet we remain the same as in the past. One could add an even longer list of events considering consequences and outcomes.Without resting on the question for very long, we can safely pronounce that Pakistan is on the margin of decline.

For a start, let’s consider drone attacks and constant warm-ups by the US; our weak economy; insurgency and target killing of Shia; extra-judicial killings; and a weekly dose of suicide attacks on common people. Furthermore, Pashtun genocide in FATA is a selective operation. We must also consider Khyber Pakhtunkhwa and the series of recent clashes in Karachi, and further rise of TTP there. Then there’s the idea of Polio target as a western conspiracy. This is now the conservative wisdom from Pakistanis and others, as well. This war seems to be never ending; sectarian clashes are on the rise. Today, if radicals are gaining strength, tomorrow, nationalists will be somehow fascists in second position. Even now, if Pakistan wishes to settle, gone are the days where this was possible.

Now the region is declining steadily until such time as the USA desires to fulfill the targets they aimed for. It is also another perception that the ‘few figures’ are yet encouraging owing to the concept of: ‘wait and see’ until the withdrawal of the Nato forces. These figures will then have to appear in their pivotal role in the share of Afghanistan’s political transition considering security transition has already been accomplished. This again turns with dual policy. We cry for the violent loss of sovereignty (Drone Attacks) yet we are reluctant to act against those masterminds who tacitly insist the USA carry out ‘ More Strikes’. We fear the Indian influence in Afghanistan, yet we are reluctant to offer support to Afghanistan. If we really aspire to move towards peace in the country then we need to stand firmly with Afghanistan. For example, India is currently constructing dams, projects, and infrastructure: winning the hearts and minds of Afghan people. We need to take a similar stance in order to further deter the plight and ultimate possibility of ‘Civil War.’ We further need to form a strategy to avoid internal collapse. Further implosion will alienate the people to extremes and may turn this One Nation Theory into far-sighted multiple Ethnic theories, in order to save their concerned areas from the dangerous influences of their cultural and religious agitators. Our mistakes are now bearing fruits, as international powers play the same game with us in keeping us busy, busy and busy.