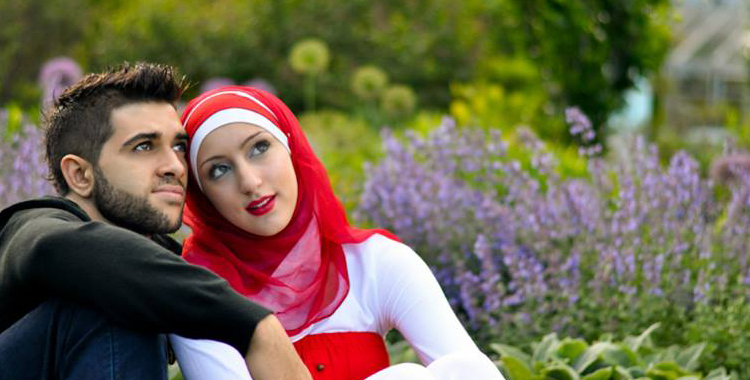 We are well aware that Pakistan has been facing many issues, particularly ethnic conflicts, sectarian violence and social strands. Disharmony, biasness and hatred engulf the ethnic lines and sect differences. Quetta, karachi, Lahore are the worst affected cities. In such miserable plight, could anyone ask the Parents of a girl for marriage? And the feelings that go with “I love you, but I am Sunni?” So what are the consequences arising from this scenario: A couple’s in love with each other but hails from different ethnic backgrounds, therefore are deemed hapless to marry each other due to the social strands. In this patriarchal society even the male population cannot voice their opinions or human rights. Ultimately, the final decision rests with the parents and what they decide for their children. IF society follows the rational approach, it will enhance and change the political milieu which is directly influenced by social behavior. While much of the world is evolving towards greater gender balance, Pakistan and most Afghan regions remain stubbornly immovable, with relation to individual rights not just of females but males also.

To begin with, Quetta is facing two kinds of disharmony in relation to terrorism: (Pashtun + Hazara), and (Pashtun + Baloch + Hazara). Hazara neither trust Baloch nor Pashtun, the reason is simply that the nefarious designs of hand in glove Lashkar-e-Jhangvi are recruiting either Baloch or Pashtun in continuing Hazara genocide. Although the recruitment is coming largely from the Baloch belt, the Pashtun is also viewed with distrust due to the Taliban factor. (The majority of Taliban are installed in the Pashtun belt areas like Waziristan and the in-active Quetta Shura, either for good or bad, but for strategic purposes). Apart from Sunni-Saudi and Shia-Iran, it is also apparently aimed at sidelining the Baloch Conflict in Balochistan and creating strands in Quetta. Unfortunately, Lahore, Jhang, Faisalabad and Karachi face the same ill-fate, as is judged in Chanute near Faisalabad with my Shia fellow. Owing to the fear of a Sunni-populated city, he is engaged in tacit affairs, facing both social and domestic consequences. As required, they are likely to flee outside in order to settle together thus deviating from families with disobedience.

Likewise, as Hussain Nadim, my respected teacher mentions in his writing “I love her, but I can’t be with her, because I’m an Ahmadi, and she is a Sunni Muslim.” The same plight continues due to inter-racial and sectarian distrust. One of my social network friends from Quetta once stated: ‘I am Shia Hazara and could not find sources to make any headway with the loved one hailing from Pashtun ethnicity’. What will happen if they tie the knot? Some are still of the view that interracial marriages will be a drawback to the norms and culture of a community. Can those who advocate this theory point to any culture of the world which is consistent? Indeed, now is the time for cultures to mold and transform into a new world of ‘Digital Phase’. For instance, throughout history, all conquests, whether Romans, Alexander the Great, or Muslims, one of the first things to consolidate their empire was to allow intermarriages between different groups to create a homogenous societies and interdependencies.

The birth of Pakistan’s radicalism and differences might actually be traced back to the lack of intermarriages between different sectarian and ethnic groups. The more distance and isolation placed between different sects and ethnicities, the more suspicion and misconception will arise. Eventually, this will lead to hyper radicalization and violence between communities. Also, it has been proven throughout history that whoever opposed intermarriages created chaotic situations. For instance in the Western world, certain jurisdictions previously had regulations banning or restricting interracial marriage, including Germany during the Nazi period, South Africa under apartheid, and many states in the United States prior to a 1967 Supreme Court decision. It is wrong to blame one particular community as none of the sectarian communities be it Shia, Ahmadi, Sunni or any other are open to the idea of marrying outside the community. My teacher narrates this too.

The deliberate idea of marriage out of choice, and inter marriages among sects and ethnics also has a serious negative effect in society in the form of cheating, and extra marital affairs, which needs no further explanation, as it can be witnessed everywhere around us. This poses a serious question: “if Shias, Sunnis and Ahmadis can eat and drink together, sit in the same classrooms and live in the same neighborhoods, why can they not live together in a holy bond of marriage under the same roof?” Similarly on the lines of interracial marriages, if Rahul Gandhi, a member of the Indian Parliament, is the son of an Indian father Rajiv Gandhi and Italian mother Sonia Gandhi, and khan Abdul Ghani khan can tie the knot with a Parsi born Roshan, who are considered the cultural and nationalistic keepers, why can’t the new generation of Pakistan and Afghans continue likewise?

Furthermore, it was found via social network survey that someone stated: “I hate my family because they do not care about me …They present themselves as being liberal yet yield me to death in spite of knowing about my relationship with my cousin. Father hates the boy and I’m burnt with Papa ego… and Mama materialistic approach.” Moreover, many more issues in relation to our sisters have yet to be seriously resolved both constitutionally and socially. For instance, the use of cell phones by females in our society has also become a matter of honor and they in response deserve to be killed to portray one’s bravery in doing so.

While politicians and people alike are quick to criticize drones and US foreign policy for destroying Pakistan, nobody is talking about the far more serious threat lying beneath the surface. Besides all the evils being hatched by feudal society, this concern is arguably one of the biggest eye-openers. This self-preserved culture has been dominating our society rather than laws. Elders are given supreme power to decide for their children, sometimes assuming an aggressive stance, further deviating children from obedience.

Today’s trend of independence needs the idea of individualism promoting inter-marriages in Pakistan both by social and governmental organizations to not only save thousands of people from destroying their lives, but to unite the whole country: Punjabis, Pashtuns, Sindhis, Balochs, Hazaras and other minorities, disregarding the fact of being Sunni, Shia, Ahmadi and so on.

It’s time to break the social trends which are becoming the main factor of political designs in our society. Social trends like self-preserved domestic honor, the so-called norms and the self-sighted codes. Liberation for each individual should be granted and honored. A rational change is mandatory to put the society on the right track.