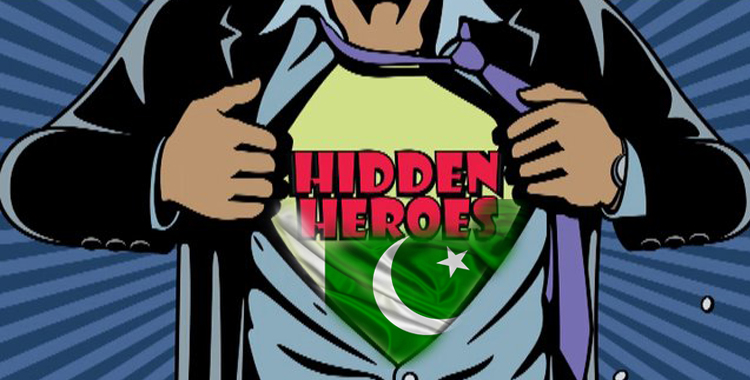 I love my country Pakistan and my sweet Pakistani nation. I am proud to be a Pakistani. I love, salute and respect the Pakistani Armed Forces. Either it’s the Army, intelligence, Police or FC. I salute them for all the sacrifices they have made for Pakistan. I salute all the Martyrs. I salute them for Kashmir War 1948. I salute them for 1965. I salute them for 1971. I salute them for Kargil War. I salute them for their War against terrorism in Waziristan, I salute them for defending Pakistani borders 24/7, in the heat of Lahore and in freezing glaciers of Siachin. I salute them for their help and support during any natural disaster either it’s an earth quake or a flood.
Let’s, talk about our secret intelligence agency, ISI. As, they are cursed the most. If an operation is done by Army or police it’s shared publicly over mainstream and social media. They can hold a press conference and can answer to the questions of people. But, when it comes to ISI, nothing can leave the room. Everything is done behind the curtains away from the sight of people. And it’s supposed to be like that. That’s why it’s called secret intelligence agency. Who knows how many times they saved the country from dangers which no one knew about. Their hard work, dedication and sacrifices are always unseen and unnoticed. And again it is supposed to be like that. We aren’t aware of reasons behind their operations yet we soon get ready to curse them on the basis of self designed theories and speculations.

Again, I love Pak Army but I hate General Zia-ul-Haq for the wrong things he did. I can surly hate and curse him for that. But I can’t curse the whole army for mistakes of a few bad ones. Good and bad people exist everywhere. But some of us forget all the sacrifices that army has made in a moment and start cursing because of a bad General, or even if they waited in line of a check post which has been posted for our own security. Similarly, we curse the whole Police department due to some corrupt ones.
But have we ever appreciated a police officer who performs his/her duties in days or nights, in burning summer sways or a winter breeze and it doesn’t matter if it’s Muharram or Eid, Now Does it???
The answer for most of us would be NO.

I love my Pakistani nation and I stand against any injustice done to any innocent Pakistani, independent of his/her tribe, sect or ethnicity.
But lets talk about the missing Balochs in specific. I am against the injustice done to the innocent ones, and I demand their safe recovery. But some include the BLA terrorists in their category too. The terrorists who have always harmed Balochistan. Who are one of the biggest hurdle between the development and progress of Balochistan. The terrorists who kill innocent men women and children, who destroy gas pipelines and who destroyed Quaids’ Residency. They are no different than Taliban. And they all deserve punishment.
They try to turn Pakistanis in general and Balochs in specific against armed forces by killing innocents in the disguise of a FC officer. I don’t need to explain the importance of establishment of Gawadar port, and how it is necessary for development of Balochistan as well as whole Pakistan. Yet, these terrorists are against its establishment and so is India.
So, please don’t speculate about something you don’t know. Social Media gives you the freedom to publish what ever you want. But, I would request to show some responsibility while posting something over social media. At least try to be truthful.