Alamdar Road Hijacked after a year! 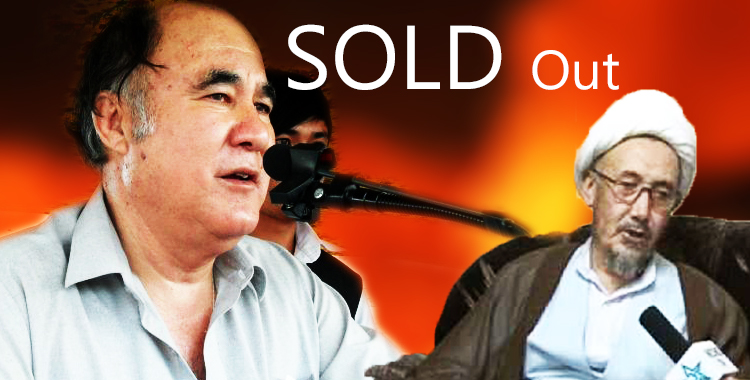 Alamdar Road passed through the biggest Protests of the country in the 21st Century for Human Rights, which completed most of it’s aims, dissolved corrupt government officials. But do people really know the history behind the Protests in different parts of the country that originated from Alamdar Road

Lets put down the facts together, on 10th of January 2013 twin blasts took down more then a hundred people belonging to the minority and persecuted hazara community living in Quetta, Balochistan. The country witnessed different blasts in Quetta before, but choose to give it another blind eye until the families decided to stop the burrial process and stand in protest against the officials responsible.

Upon asking the people who were present in the protest for 4 complete days about the protest in Quetta a young Boy said, “The protest was like non we ever witnessed or thought would actually work, media personnel weren’t allowed to come to the place until the third day, but when they were and when the country witnessed the biggest protests in its history, people from all communities came but what’s strange is that they tried hijacking the outcome of the Protest. We saw different Parties of PMLN to PTI and even the officials of PPP who came and sang songs of how they understood what we went through. Some even came in desperate atempts to even say that they knew what Shahadat was because their father died in Muharram. But what’s strange is that the more we wanted and worked for the Protest to stay alive, the more it was tried to be stopped from some leaders of the Hazara Community.”

When I actually came to Alamdar Road of Quetta I was previously told alot in Islamabad by different people of what the Hazara community were and what they went through but it’s weird to know that they knew very little of what the on ground realities in Quetta actually were, upon further Digs in the community I found out that the community’s tribe leader or more commonly known as the Sardar of the Community Sardar Sa’adat was highly respected by the community men but he lost almost all of his reputation when the named leader came on 4th day of the protest and told the people he would do every thing he can for the community but actually nagociated the protest to end with the Government without any hard assurances except words without print.

This news spread like wild fire in the active protests of the city and the community decided not to stop until hard assurances backed with offical stamps were made and thus the event laid an end to the name rule for the Sardar who had earned blind trust for him from the people.

Protests went on and succeeded in almost 80% of its goals and ended on 15th of January 2013.

The protest was said to have laid new grounds for the community and in boosting it moral which was mostly because of their respect for people in other cities of Pakistan from Karachi to Islamabad, from Kashmir to Mirpoor Khas and London or New York among other countries weren’t quite in the protests either. This event boosted the people’s mora’l and new faces of MWM and other leaders were now highlighted. The community after this decided to give new life to their shohada by keeping their memories alive, thus the anniversary plans for 10 Jan 2014 were heavily made by different groups of the country and city.

Different leaders from Pakistan were supposed to come to Quetta for the program on 10th Jan among which prominent names were Faisal Raza Abdi, Amin Shahidi etc. But the inside story again changes for the people, as per I’ve been told by the people in Quetta, Qayum Changezi And other religious leaders of the community Sheikh Asadi made them change their plans for a grand event on 10 Jan 2014 and made them arrange it in confined borders of the Mosque which led to many limitation for the event. The main goal was for Faisal Raza Abdi to be stopped from coming, which they succeeded in. Further more reasons to believe Strings are being pulled from military establishment of Pakistan.

Even today people of the Hazara community think some people used their loved ones for their gain.
Lets leave the Judging to the People.