And it’s a Road Goal!

Argentina and Germany might be in a battle zone but The streets of Pak aren’t any less the any Gladiating Arenas.
Yes! Well There are predicting monkeys and elephants in the country right now, profiles have turned into flag painted faces and Quetta isn’t far behind.
In a city where terrorism is almost always at its peak and citizens never turn to the fresh delights of the night, this Ramadan is completely different. 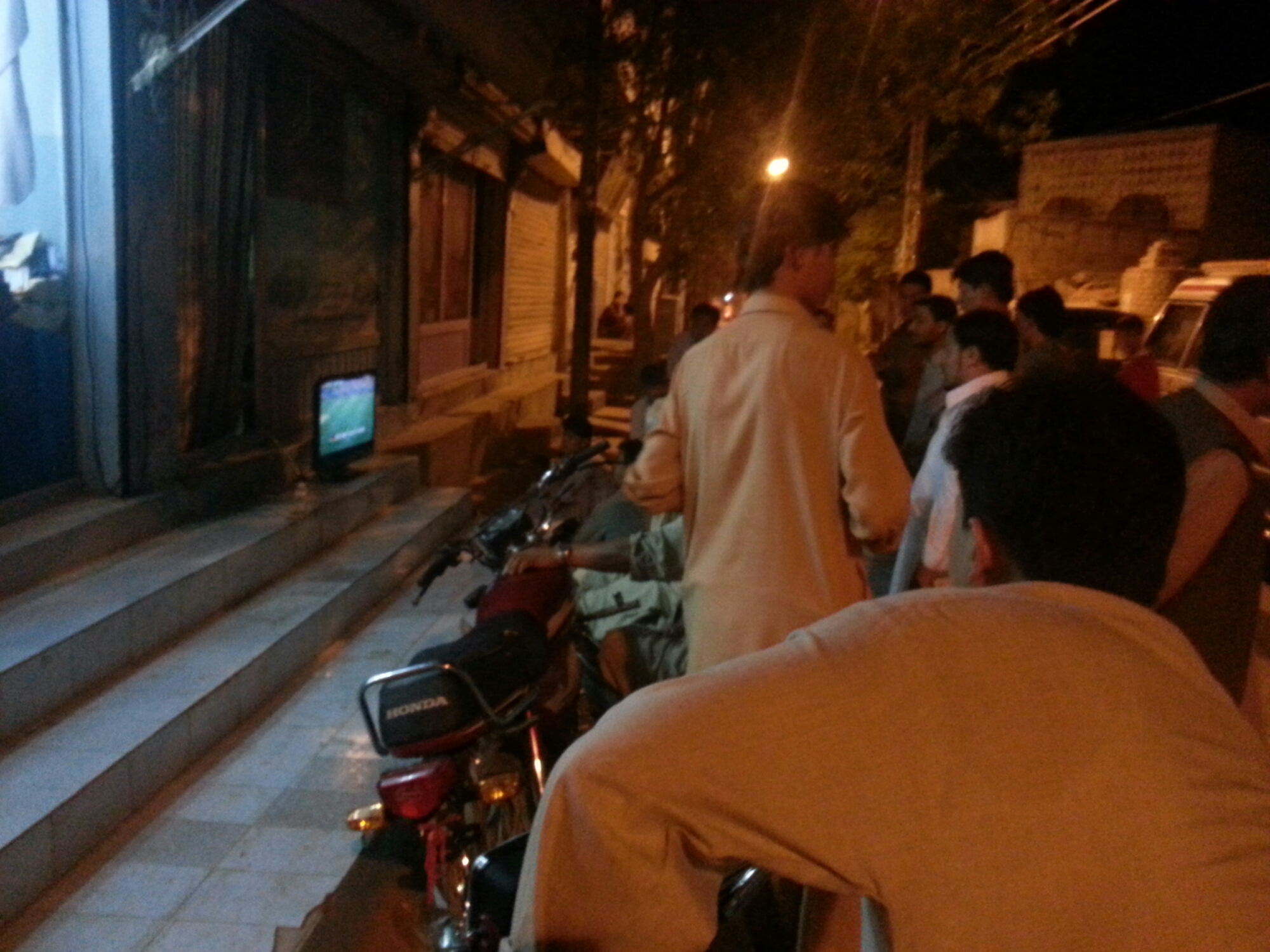 Alamdar Road among many have people sitting on roads and streets bare footed and on carpets. Computer monitor have turned into road theaters and TV sets into plasma screens. 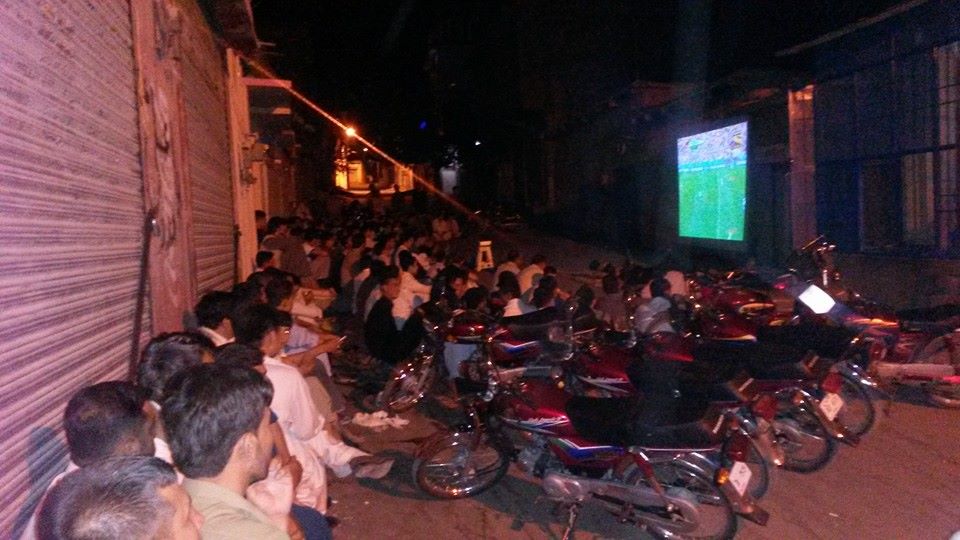 Well it’s more of a race then a football game here…. People upon hearing the slightest of busted sounds think it’s a bomb or even an attack, but that doesn’t stop them from going back to the game.
It might not be all good or all bad but everyone’s trying to ha e to most of it.
Shake points and pizza or baroque huts are getting the most out it for their business.

Men are enjoying shakes on the road and women in during in Bbques at homes with a warm cup of green tea.
The scene is warm and beautiful and it is a war.

A battle zone it is. Quetta on the roads seems beautiful this time of the year.