Review of the Film “Alif” 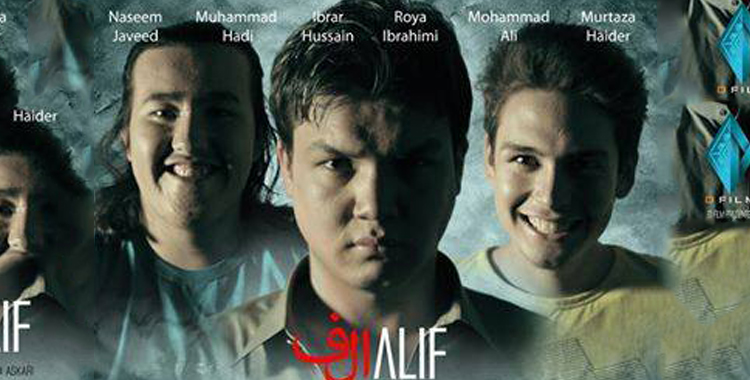 The Film “Alif” as named means the starting character of an individual. It’s one of Quetta’s Locally produced Movies set to Launch in Norway, Sweden and Australia. But should you be willing to pay a Pakistani Equivalent of 1500 Pkr. for this Movie?

Well that’s why on my Trip to Quetta from Islamabad, a Review of the Film was one of my main course.

When will you See it?

Well  first thing’s First, When’re you going to see it on your screens? If you live in Pakistan Chances are you might not get a chance to watch the film yet, as it is not been set for release in Pakistan anytime soon. Although Norway, Sweden and Australia will get to watch the movie in selected halls up for show in the end of March.

The Film was produced by a production house in Karachi while the Director’s from the Hazara Community from Quetta who lives and works in Karachi now. The local body of the team colaborated and worked with other groups in Quetta’s media teams like Mechid TV and other Notorious workers known to produce Afghan songs and low budget single eppy dramas (Short Films) in Quetta.

Quetta’s media work has been very low produced over the times, but a general boost in the media teams after the generalized incidents has been somewhat progressive over the years. But almost all of the videos are in Afghan Farsi language, not understood by the general Population of Pakistan and some of the own Hazara people I’ve met over the years who have their own version of Farsi, which they call the Quetta-gi Hazragi or Farsi. This seems to be a minus point for those who don’t know the language across Pakistan.

But we’ve seen some movies and videos which have been very successful across Pakistan and Abroad in Farsi with English Subtitles, with some National awards to their name, there’s a good base in Quetta right now, mostly because people want to know the lives of people of the Hazara Populous who’ve been victimized the past decade.

of the film is great and has been given a huge budget rather then the previous films from Quetta, Editorial teams from Karachi have done a fairly good job with editing but there’s some room for clipping to be done to make it better.

The Cast and crew are from the area itself some as newbies and others as fairly experienced, the girl casted in the film is an American local who worked in the film in her spare time and left.

Other’s are namely Nasim Javid, a local Afghan Music Video Director and Producer, known for his work in the community.

The Script which I read was fairly weak and revolved around domestic issues of three friends who photo morphed some scenes, which absolutely did no justice to the production value of the film and it’s audience outside Pakistan.

The response in the homebase of the Film Quetta hasn’t been fairly strong, some have strongly critiqued the film over some ethical issues in the community, with the local body cast both loved and critiqued by the people it took most of the Facebook home space for some of my Hazara Friends. But some have also given a plus to the production and budget value of the movie, which certainly hasn’t been seen before. But interest seems quite vague and a success rate for finance might not be what’s expected.

Price Package has been set up to about 1500 Pkr equivalent in Norway. The audience in Norway and Australia supports any video from back home which has been the primary reason behind the high price of the Film. In Pakistan a High Budget Hollywood film releases for not more then 400 Rs. in great Cinemas so it might not be worth the money to watch the whole film with poor scripting, but for those who miss home badly, it sure can be good for them.

Well this portion will be left half filled for now, until I can get my contacts to try and find me a copy of the film with subtitles, and till I can get some quotes from the production body of the film. I’ve tried my best to get some quotes from the director but my messages haven’t been answered. If anyone wants to give me some end notes they can contact me on my twitter @saqbhutt

For Now a overall 2.5 Star on the International Release basis and 3 star for Pakistan, mainly because of the script.

Chaws! Hope you like the review leave the comments below for me to read through.