Hidden Malala’s of the Hazara Community 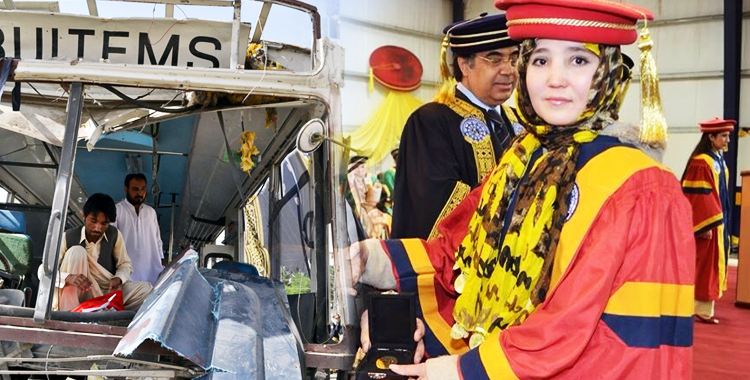 By now almost everyone knows who Malala Yousufzai was, a girl shot at by Banned militant groups, over her expression of speech for Education. Many conspiracies theories were made by different groups to explain either themselves or the parties/Ideologies involved. While all who stood for women’s right of Education expressed their sincerest sympathies to Malala, The Hazara community of Quetta did the same but with deep aches of their own.

The Shiite Hazara Community so far has suffered countless murders and plots of extermination in this land of Bright Green and White, where the momentous white representing the minorities has today turned red. There are many Tales to be told but very few who bare to listen, almost all the people of the community expressed their solidarities to Malala for women’s right of education but what they complain about also has some solid grounds.

“Malala was a 15 year old girl, who took a bullet from the Taliban and became our Nation’s Hero….  But what bugs me to see is that While Malala was just A GIRL (emphasizing the ‘A’), she was singular in this equation of mass murder. But almost all social rights groups supported her to an extent to which she was named the Nation’s Daughter and no one ever gave a second look to the Hundred Engineering and IT Students who were bombed upon for belonging to a particular sectarian and ethnic creed. Trying to achieve a Higher Level Degree became impossible for us as everyday threats became more and more common forcing girls like us to leave” – Said a Girl receiving her Engineering degree from BUITEMS university in Quetta. 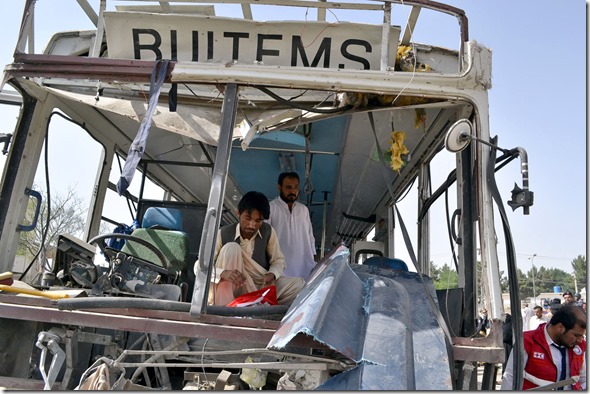 as students prepared for a normal day at the University.

Almost more then a Hundred Students of the Hazara Community left BUITEMS (The only Engineering University in Quetta) after the 18th June Blast. Some upon countless threats and some upon the inconvenient and biased behavior of the University staff towards the Students in the Final exams.

But some stuck to their initial goal of “Jihad” by Education. Fatima S.Tahir was also one of those who worked hard as the tides turned against her for their race and religion, but she didn’t loose hope and Worked hard to achieve what her initial goal had always been.

Fatima Syed Tahir, an aspired 24 year old hardworking student and a motivational Spirit for many is a GOLD MEDALIST from BUITEMS. While others know the story behind Malala’s Life, it’s students like Fatima who despite the treats work as hard as possible for their higher education in a particularly male dominant society.

Fatima became the first Female Gold Medalist of the Hazara community after the June bombings. The event that took away with it some new Souls destined for greatness became the milestone of Bad Chapters for the oppressed community, as students were left both mentally and physically paralyzed. While there were some who lost their sight or a twin brother there were also those who lost their working hands, being a student did not remain the same for such people.

As the tides shifted, conditions became more and more severe for Fatima to continue her Education, but at the same time there were some major factors which helped her continue her path to Jihad.

Fatima who received her college education from Degree Girls college was at the top of her class from the very beginning. Due to lack of Public structural setup for education, Fatima didn’t know about an Engineering Institutes to have been setup in Quetta. She applied for Information Technology at Balochistan University and received high Grades in her initial semester, but due to political disturbance at the university she soon migrated her initial semester results to BUITEMS. Where she soon became a Scholarship Student of the University for ranking high in her class and excelling among others. Her Goals are to work for creating a firm community in terms of education, as in a particularly male dominant society women’s rights for Higher Education must be given the utmost importance.

We can’t in any way compete with the modern day systems if our girls study only up to FA or FSC levels, as they sit at their homes to wait for a husband to take them in for more work. I don’t want status in the society if it wants me to be a sit at home worker who knows nothing about the real world except that of what happens in the confined boundaries of their homes.

As the modern day system brings more challenges, communities and societies are changing themselves rapidly to compete, on the other hand our communities aren’t even salvaging themselves as they move ever further backwards to the stone ages by leaving their path to education. I myself am going to work Hard and make something of myself so I can work for the society in making their path to education broader, simpler and easier.

Her all time motivator and Helper was her mother, who encouraged her along with her sister to keep her education on track even after the 18 June blasts as her father who has sought Asylum in Australia along with her Brother repeatedly asked her to Leave the University. But her mother motivated her to work as hard as possible and on 30th December 2013 she received her Gold Medal in Information Technology from the 3rd best FICT Department University in Pakistan.

The Path to Success:

Today working as an IT officer in a Local NGO, Fatima wants to study for her Master Degree in Networking and maybe one day take a Job as a Lecturer at the University but little do people Know her journey wasn’t a smooth one from the start. Belonging to an Ethnic and Sectarian Minority in the Western City of Pakistan made her prune to a lot of hatred from students who support the LEJ like Banned militant groups and ideologies, notorious for killing the minority group in sectarian hatred.

After the 18 June Blast, the University management were given countless threats to kick out the Shiite hazara minority students out of the university.With constant threats the conditions became even more worse for the students who wanted to continue their studies at the university and were forced to leave as buses for the Hazara Dense areas were canceled.

But a success story is non but one if there aren’t any hurdles in it. As about a hundred students left only a few remained and Fatima was one of those who also received a Gold medal and a Scholar’s cheque for her countless efforts to strive for excellence in Higher Education.

Our education level dropped as a single Blast took more from us then anything else ever could. And a Young Girl Named Malala defined education in Pakistan, Our people we were left for dead as Pakistan and the world was left in dark of what Our Malala’s had to face, as our story takes more twists and turns we don’t even know who our killer is, constant thoughts of more Blasts or militant ideologies spriting up in our University took more of our time then our Studies. But under any circumstances we need to encourage our people for education, Because we’ll soon loose the race of Life if we don’t strive through the only way of Salvation, the Way of Education.